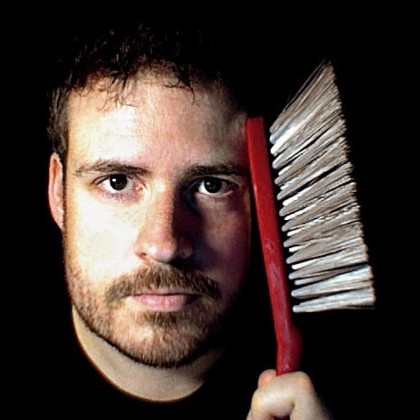 I love Markdown. I love syntax highlighting. I love oEmbed. And last but not least, I love whitelist-based HTML sanitizing. Slodown rolls all of these into one, and then some.

Here's what Slodown does by default:

Slodown is an extraction from sloblog.io. It is very easy to extend or modify, as it's just a plain old Ruby class you can inherit from.

Slodown, out of the box, implements my preferred way of handling user input, which looks like this:

This allows users to still add their own HTML, if required. In fact, I typically encourage users to make use of kramdown's inline attributes, leaving it up the sanitizer to make sure they don't go crazy.

If this is not what you want, you will most likely be able to bend Slodown to your will -- it's pretty flexible.

For every piece of user input that needs to be rendered, create an instance of Slodown::Formatter with the source text and use it to perform some or all transformations on it. Finally, call #to_s to get the rendered output.

If you want to customize Slodown's default behavior, simply create a new class that inherits from Slodown::Formatter and override methods like #kramdown_options, or add your own behaviors.

Just add CodeRay or Rouge to your project to have code blocks in your Markdown syntax-highlighted. Slodown will try to detect which library you're using, but to be sure, change your kramdown_options accordingly. For example:

oEmbed is a format for allowing an embedded representation of a URL on third party sites. The simple API allows a website to display embedded content (such as photos or videos) when a user posts a link to that resource, without having to parse the resource directly.

Slodown extends the Markdown image syntax to support oEmbed-based embeds. Anything supported by the great oEmbed gem will work. Just supply the URL:

Note on IFRAMEs: Some oEmbed providers will return IFRAME-based embeds. If you want to control which hosts are allowed to have IFRAMEs on your site, override the Formatter#allowed_iframe_hosts method to return a regular expression that will be matched against the IFRAME source URL's host. Please note that this will also apply to IFRAME HTML tags added by the user directly.

Note on Twitter: Twitter's oEmbed endpoint will return a simple bit of markup that works okay out of the box, but can be expanded into a full tweet view client-side. For this to work, you'll want to add Twitter's widget.js to your application. Please refer to the Twitter documentation for full instructions.

Slodown allows metadata, such as the creation date, to be defined in the text to be processed:

Metadata can be accessed with Slodown::Formatter#metadata:

Just like with my other gems, I am trying to keep Slodown as sane (and small) as possible. If you want to contribute code, please talk to me before writing a patch or submitting a pull request! I'm serious about keeping things focused and would hate to cause unnecessary disappointment. Thank you.

If you're still set on submitting a pull request, please consider the following:

Tap the Share button and then Add to Home Screen.